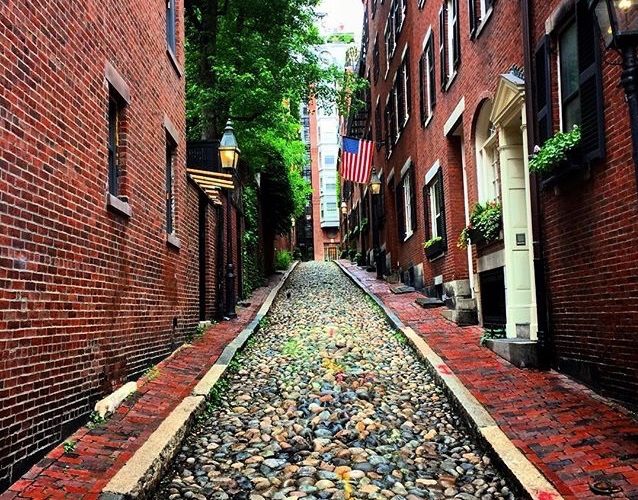 “There’s no place like home, there’s no place like home.” I recently got to see my alma mater Nerinx Hall’s production of the Wizard of Oz, and as Dorothy uttered those five magic words, tapping her ruby slippers together, it got me thinking, “Where is home?”. For me, as the place where I grew up and where all my family is, I consider St. Louis to be my first and real home. But it’s not my only one. I spent most of my twenties in Salzburg, and I know that place like the back of my hand (I often impress my Austrian mother-in-law with my memorization of the town’s bus schedules – if anyone needs to know which bus to take to the airport (#2, #27), to the castle (#3, #5, #6), to Untersberg Mountain (#25), you just let me know. I’ll tell you when and where you have to be, minute by minute – all in a German bus conductor voice). But what does that make Boston for Markus and I? 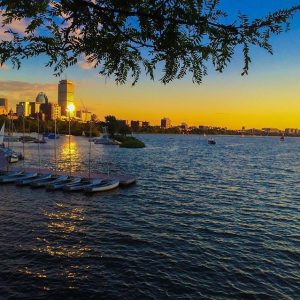 The Charles River near our old Boston apartment – was a little warmer then than this trip!

Boston was Markus and I’s first home together in the United States. He got his first American job here, I started my company here, and we also made some great friends here. After spending four years in Beantown, I think both of us consider Boston to be our third home (I’m hoping there’s no home limit – don’t tell me if there is).

Now, they say you can’t go home again – meaning that nothing is ever the exact same as you remember it. The place might have changed, but more importantly, you’ve likely changed as well. So when Markus asked me to tag along with him on his work trip to Boston this week (we have the Southwest companion pass, so I can fly with him for free!), I wonder what it would be like going back. We moved away from Boston a year ago – would it feel like we’d never even left? Or would I feel like a tourist in my old (third) home? 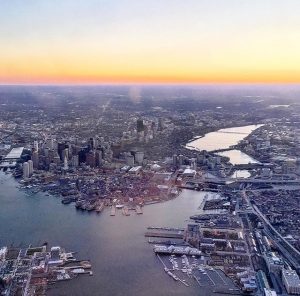 The answer was a little of both. As I got off the subway downtown to find a coffee shop our first day back, I felt myself slip into a slightly different, yet familiar, personality – my steps subconsciously became faster, my actions more purposeful, as my body followed in the footsteps of my old Boston self. Amidst the throngs of the Boston downtown crowds, I merged in with them easily, East Coast-self rising to the surface once again, alert and on a mission – find the cafe, don’t smile or stop for small talk, keep your head down to stay protected from the wind. A little less relaxed than in the Midwest, a little more deliberate – a change, but not unwelcome – just another version of myself, waiting to be needed in the setting where it best fit. 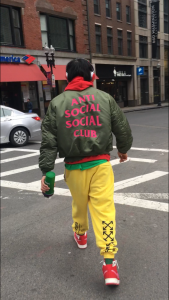 Back on the East Coast – Spotted: Fast Walker of  the “Anti-Social Social Club”

In line at the same cafe (Caffè Nero, my absolute favorite – lots of cozy fireplaces and books), something else caught my attention – the couple in front of me was speaking in rapid French, and the women behind me were conversing in posh London accents. My ears perked up – I’d forgotten! As Boston is a favorite destination for tourists around the world, it used to seem so normal to hear multiple languages wherever I went (I once secretly followed some Germans in the Boston Common park for a good ten minutes, eavesdropping on their conversation as they didn’t know I could speak German. Their talk went something like this: Woman 1: Oh, look, a squirrel!! How exciting! Man, making himself sound very worldly: “Ah yes, they have those in Miami too. I’ve seen them once before.” I didn’t burst his bubble and tell him that squirrels are literally on every street corner in America – not just Boston and Miami 😂). But in any case, hearing those languages/accents in line at the cafe made me miss our old city. As a child, I once told my gymnastics coach that heaven for me would be everyone speaking different languages – and Boston, or at least Caffè Nero, sure gets pretty close. 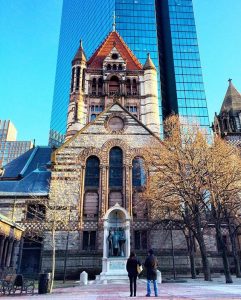 This mix of old and new in Boston is something I love. Copley Square.

I also caught myself taking pictures of things I never would have if we still lived here – the sign at the Boston Commons, dating the park back to 1634, the tree-lined brick streets of the gorgeous neighborhood of Beacon Hill, Charles River with the Boston skyline. When you no longer live in a place, and you know you won’t see these things everyday, you take advantage of the moment, appreciating all it has to offer then and there. This reminded me that I don’t need to travel to do fun things in a city – every city has so much to offer, but we just don’t go see them when we live there – we push things off, thinking that we can do that thing at any old time. But as one of my favorite podcast hosts, Gretchen Rubin, states, “Something that can be done at anytime is often done at no time”. So if you’re home in St. Louis, go up in that Arch! If you’re in Boston, go to the nation’s oldest pub! If you’re in Salzburg, go up in the castle! (I would say go on the Sound of Music tour, but you Austrians don’t really know that movie. Maybe go watch the movie instead). There’s so much to see and do, no matter where you are in the world. 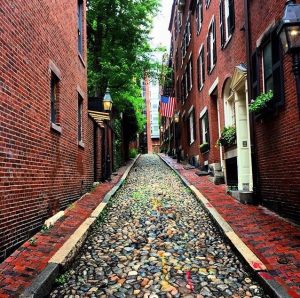 My favorite street in Boston – Acorn Street, Beacon Hill. (Also happens to be the street where Claire and Brianna live in Outlander, for any fellow Outlander fans!)

In summary, what was it like to come back to Boston? It was a bit like that photo of Copley Square above – a mix of old and new. I knew the city, I knew how to get from place to place without a map, and I felt like I belonged. But having been gone for a year, I was able to look at everything with a fresh perspective – I appreciated things a little bit more, made a little more effort to explore, and was excited to see both old and new sites. So, in short, I think you can go home again – you just appreciate things more when you do. 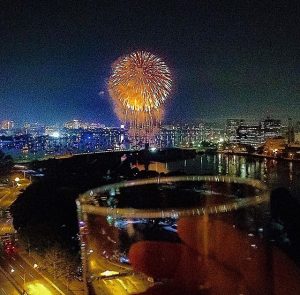 Cheers, Boston! Thanks for welcoming us back home!