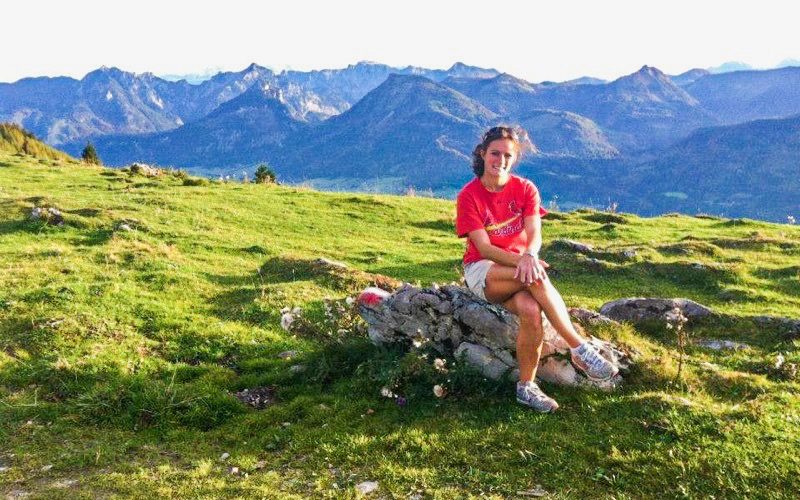 After a six-month hiatus in St. Louis – during which we bought a condo to use as a “home base” for future travels and to get to spend more time with my family here – we are officially returning to the digital nomad lifestyle! With Rockport, Denver, Bend, San Diego, Boston, and Costa Rica behind us, it’s now time for the international part of our trip. And where better to go than one of our favorite cities in the world?

Salzburg, Austria is like something out of a fairy-tale. With a one-thousand-year old castle standing tall up on Monchsberg Hill, proudly overlooking the winding turquoise river that separates the old town from the new, you feel like you stepped into a storybook from the days of yore. I lived in Salzburg for about four years, and Markus grew up  30 minutes outside the city, so we both know the area well. We’re excited to go back to our old favorite spots, to ride bikes along the Salzach River, to hike in the foothills of the Alps, and, of course, to catch up with family and old friends. 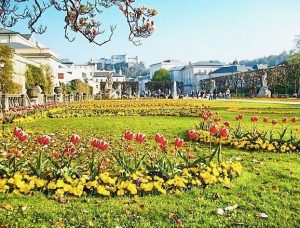 While I am very excited, there is something I’m a little nervous about – returning to the status of being the “foreigner” in our relationship. I have to admit, it’s more fun for me when that’s Markus’ role. I love to tease him for his language mistakes, laugh with him when he has no idea who Jimmy Buffet is, and show him things that he might not have seen before. But now – as he often says as one of his new favorite English phrases – “the tables have turned”.

Whenever we’re over in Austria, I’m always hoping no one recognizes my accent when I speak German, always trying to blend in and be one of the crowd. You may wonder why I care so much, but that striving, that trying to be “normal”, is the result of years of experience of feeling like the odd one out.

A few years ago, we were in a restaurant in Markus’ very small town of about 2,000 people – which doesn’t get a lot of tourists – and somehow the waiters found out I was American. You know that feeling when you think everyone’s talking about you, but you tell yourself you’re just imagining it? Well that time, I definitely wasn’t. Throughout the whole dinner, one waiter would point me out to the next waiter who would point me out to the next, whispering, “Look! There’s the American…” as they very clearly stared right at me. Whispers, points, and stares continued throughout the entire dinner, from one waiter to another, until I started to think they must think I couldn’t see them…why else would they be so blatantly obvious? It made me feel a bit like one of those “freaks” at a World’s Fair, brought in from another country for the locals to gawk at. Step right up, folks! One American, here, you won’t want to miss this! Step right up! 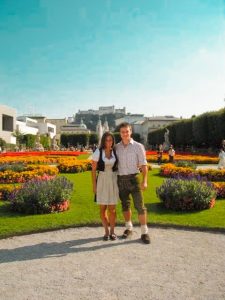 While I may blend in with the dress, I guess I don’t blend in well enough….

Another time, at one of the high schools I taught at in Wels, Austria, the teachers asked me to come in one evening for an open house for prospective students. As requested, I had prepared a powerpoint presentation to show these students, and waited for them to come in the room where I was set up. But…they never actually came in. Instead, current students would lead the grade school students down the hallway, right past my room, and point in at me, saying, “And that’s the Katie, she’s the American….”, and just continue walking on. The curious families would look in, examine me standing there (all by myself, I might add), and then continue down the hall. Now, Germans do say “the” in front of everyone’s name, so that part wasn’t as strange, but I did feel like an animal in a cage…sadly, no one tossed me in any food.

About a month after these two events took place, a third one occurred. My Austrian friend Andi invited Markus and I to go to his sister’s place one night, whom we had never met before. His sister also had some other girlfriends over, and we joined them in the living room, all sitting in a circle and chatting. To be honest, I sometimes get a bit shy during German conversation, and definitely don’t talk as much as I do in English (side story: Markus’ Austrian friend once came to meet up with us when an American friend was visiting Salzburg, and the four of us were all talking English. This was the first time the Austrian friend had heard me speak my native language, and he looked at me and said, “Wow! You talk a lot in English! I had no idea!”). Anyway, as it was my fourth year in Austria, I was trying to overcome this tendency of mine and contribute to the conversation at Andi’s sister’s house.

About halfway through the night, I noticed Andi’s sister and one of her friends very obviously staring at me from across the circle. Looking at me, and then whispering to themselves, and then looking at me again. Feeling self-conscious, I thought to myself, “Great. They’re probably talking about how I’m an American, about how I’m different, how my German sounds different, how I’m different, different, different…”. I tried to ignore them, but my mood had shifted. I just wanted to fit in. A few hours later, we all went to a bar, and the sister and her friend eventually started talking with me. “Hey Katie,” they said in German, “we just want to say, we’re both nurses, and we were looking at you from across the room earlier – your veins are. just. amazing. Must be so easy to stick with a needle!” “Oh!” I said surprised. “I thought you were talking about me because I’m American.” “Ha, no!” they laughed. “You just have really good veins. You should be proud.”

Well, that showed me. So when I’m in Austria this time, I’m going to try to remember – if people are talking about me, it may not be because I’m American, or because I’m different. They’re probably just admiring my veins. 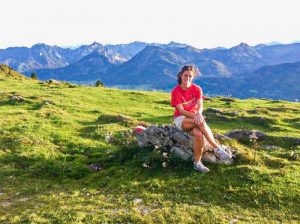 All that being said, being a foreigner is worth it for those amazing views!